Choose Wisely: Selecting the Right K9 for the Job 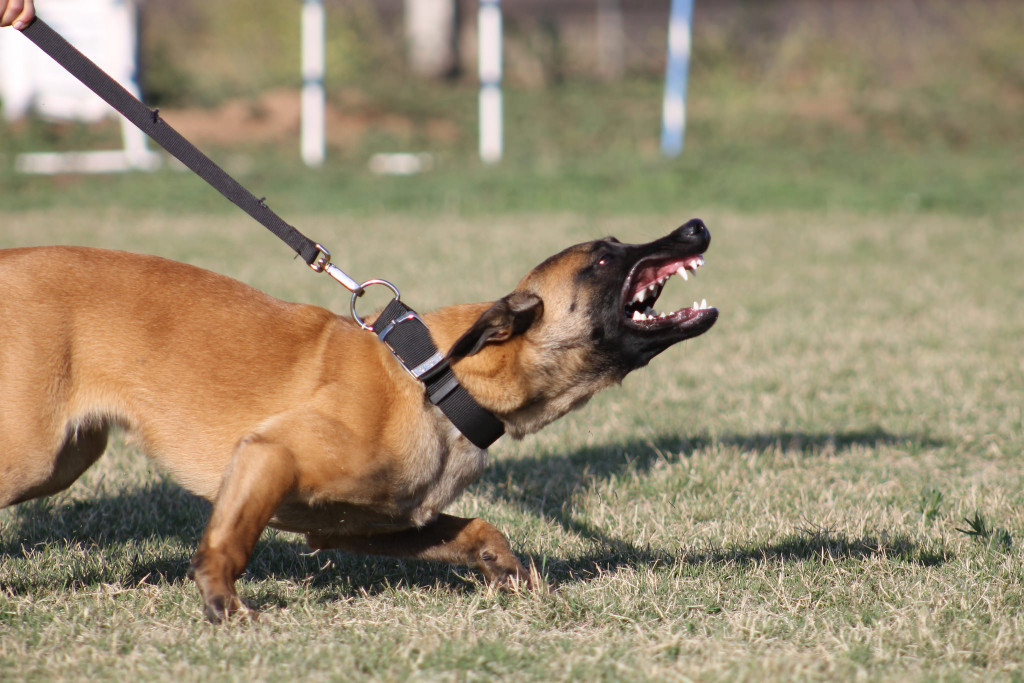 I stepped into the house. The dog lay in a wire kennel about 20 feet from the front door. He quietly growled, the hair on his back raised, his head lowered as he watched my every move, never taking his eyes off of me as I made my way into the living room.

At this point in my career, I was no stranger to an aggressive dog. I remained unfazed as he made sure to let me know my presence was not welcome.

I sat down on the couch, keeping the dog and his kennel in my sight, and proceeded to have a lengthy discussion with the owners. In our conversation, I learned that the dog, who was less than a year old, was displaying some worrying aggression. They informed me that they had rescued the dog when it was just a pup, and that at about 8 months of age, he began showing outward aggression to both strangers and other dogs. At this stage, he hadn’t bitten anyone, but they felt it was only a matter of time.

As we talked, the dog watched me intently, suspicious of my every move. Occasionally, if I shifted my seat or made too large a hand gesture, his growl would escalate into a bark as he’d repeatedly hit the kennel door, begging for the hinges to give way so he could ensure my timely exit from his territory.

After a lengthy discussion, I stood, making my way out the front door and to my truck to retrieve my training gear. It was time to meet the beast.

I moved past his kennel, the dog alternating between barking loudly and throwing his body against the cage door. I watched him as my hand found the doorknob, hearing the kennel crash with every step I took. I exited the house and planned my approach, returning only when I was confident in my plan of action.

As I reached for the door to re-enter the home, I heard the dog object again, hurling himself at the kennel door with his furious attempts at escape.

Stepping into the house, the dog loudly protested again.

As I quietly closed the door behind me, the kennel door slammed open and within a moment, this 80lb Belgian Malinois was barreling towards me, his owners frozen in fear on the other side of the room.

Before I could react, he lunged for me.

I presented my forearm, my training kicking in, and his teeth found my flesh, his jaws bearing down hard and his front feet resting on my gut. As I felt the crushing grip of his jaws on my arm, I used my left hand to find his throat. As I made contact, his owners finally broke free of their stupor and rushed to my aid, yelling and grabbing the dog, his teeth tearing my flesh as they pulled him off.

The husband dragged the dog to a nearby bedroom, leaving his wife to tend to my wounds. I looked down as blood pulsed from my arm, dripping on the entryway tile, puddles starting to form. I glanced at the woman, her face white in front of me, no words escaping her terrified lips, and I simply growled, “Bring me a towel… and my leash.” Her hands shook and her movement was slow, but she eventually complied with my wishes.

I wrapped my arm, fashioned my lead into a slip, and headed for the bedroom where the dog continued to express his disgust with my presence. He and I had some things to work out and I certainly wasn’t going to end our first meeting with the taste of my blood on his lips. Pain pulsed through my arm and I couldn’t feel several of my fingers but I pressed on, pushing the thought of my injury to the back of my mind as I did.

I cracked the door of the bedroom to face my attacker head on, the bleeding from my wounds slowing, but still dropping random spots on the floor. As the door squeaked open, the dog lunged for a second taste. With one quick motion, I caught him in my slip lead, tightened it so he couldn’t break free, and held him from attacking me further. As I held him firmly, we made our way outside of the house for a walk.

As I worked with this particular dog week in and week out, tidbits of information began to surface. I had always questioned how this young dog with no bite history was able to bite with such fervor and intention and do such damage. Turns out, after weeks of poking and prodding, this was no rescue dog after all. In fact, this dog was purchased from a working dog breeder and started in protection training….until his behavior escalated out of control and his owners couldn’t manage him any further.

Not all dogs are cut out to be home protection dogs. In fact, when we select our K9s, we work with only a small handful of breeders, and we evaluate every dog before starting them in the program. Even then, sometimes the dogs don’t work out. If we find worrisome personality traits, we’ll be quick to find a better suited candidate.

Tactically speaking, these K9s are weapons. However, these weapons have the ability to think for themselves, make decisions, and react to external stimuli. Add fear, insecurity, mistrust, and defensiveness into the mix, and you are teaching an unstable dog to bite well if he feels threatened….. But a fearful dog feels threatened more often than not. Not to mention, the fearful dog’s insecurities are typically irrational and aren’t rooted in reality. He may be afraid of men with baseball caps for instance….congratulations….now you’ve given him the tools to do something about it.

When choosing a K9 for protection work, we look for the following qualities:

If you are looking to add a K9 to your home protection arsenal, I cannot stress enough the importance of seeking the help of a reputable trainer. Take your time finding this professional – there is too much at stake to cut corners. And once you do select a trainer, be honest with them. They can’t help you unless you tell them everything.

Sadly, the dog in the story was incredibly fearful and was never cut out to be a protection dog. His owners purchased him in hopes of adding a protection K9 to their family, mistaking his barking to mean he was an outstanding candidate for work. He was started in training early with a less than scrupulous trainer who convinced them the dog had what it took to perform well in home protection. Instead, they gave this overtly fearful dog the ability and training to deal with his fears through aggression. A bad combination that not only got me bitten severely, but also got a number of other people injured before the dog was finally euthanized.

Even with the best training available, the wrong K9 candidate will become an unstable liability. If you’re new to K9s, don’t fool yourself into thinking you can select and raise a dog yourself. Cutting corners is the fastest way to disaster, so align yourself with resources and support before even looking at dogs or pups. At the end of the day, any dog can learn to bite….but not every dog should.